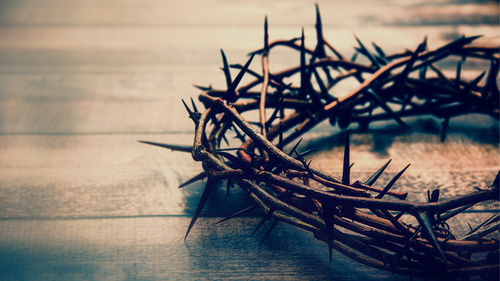 Yesterday, our nation celebrated the inauguration of a new President and with that new President will come a new agenda for the United States of America. Today, in our Bible Reading Plan, we are reading Mark 15 which is Mark’s account of the crucifixion of Jesus.

Most likely writing to a predominantly Roman audience, Mark writes his Gospel to convince his readers that Jesus is the true King and Son of God; not Caesar! Mark wants to show his audience how Jesus’ crucifixion was not a defeat but actually a triumph and the moment of his exaltation as King. And he does that by recording the ways in which Jesus’ crucifixion by the Romans mirrored what was known as the Roman Triumph.

The Roman Triumph was a ceremony in which the new or reigning Caesar would be escorted through the city of Rome in order to celebrate the good news of his great victory and to have his sovereignty and deity proclaimed. Fortunately for us, ancient historians have provided details on what one of these Roman Triumphs would have looked like.

The Triumph would begin in the morning at a military outpost outside the city. The Praetorian Guard would gather and place a royal robe on Caesar and a wreath as a crown. The soldiers would then proclaim his lordship and perform acts of homage to him. Then they would lead him through the streets of Rome and to one of Rome’s seven hills called Capitoline Hill - also called “The Place of the Head”. There a sacrifice is prepared, and Caesar is offered a ceremonial wine. Traditionally, he would refuse the wine, and it would be poured out on the altar. And then at the moment of his exaltation, the sacrifice is made, and he is proclaimed as the Lord and Son of God.

Listen to the striking parallels as Mark describes the events surrounding the Romans’ crucifixion of Jesus:

On the morning of Jesus’ crucifixion, he is brought to the Roman governor’s headquarters where the Praetorian Guard gathers and mockingly places a royal robe on Jesus and a crown of thorns on his head. This mockery continues as they proclaim him as a King and kneel down to pretend to pay homage to him. They then lead him through the streets of Jerusalem and to a hill called Golgotha — which also means “The Place of the Head”. There Jesus is put on the cross and is offered wine mixed with myrrh (this again is an act of mockery since this is expensive wine usually reserved for royalty), but Jesus refuses to drink it. And then as Jesus is lifted up on the cross, the crowd mockingly proclaims him as a King and a nearby Roman soldier declares that, “Truly this man is Lord and the Son of God.”

The message being delivered here is subversive and shocking! Everyone knows that a crucified King is a failed King. However, Mark brilliantly displays how Jesus’ moment of apparent defeat was actually a moment of his ultimate triumph.

For many people of Jesus’ day (and people today as well) the idea of a crucified King was ridiculous. But the cross is actually the story of how the kingdom of God has come in power (a different kind of power for sure) — the power of servanthood and sacrifice that will overcome all other empires, nations and systems of power.

So the Romans may have had their Triumphs, and we may have our Inaugurations… but the truth of the matter has not changed…

Jesus has won the great victory.

He is the true Lord and King.

And it is his agenda that brings healing, hope and peace for the world.