What Are You Building Your Life On? 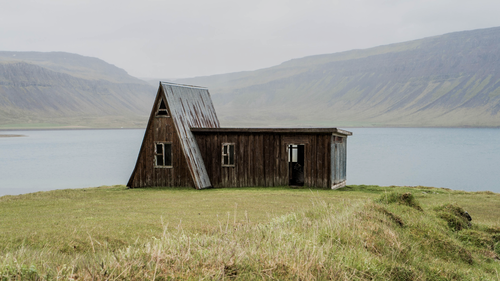 Many of us often think about Christianity in terms of those who believe and those who don’t believe. But Jesus often taught about something that is not quite as clear as believers and nonbelievers. It is a condition that people often don’t see in themselves, and therefore a trap that is very deceptive and dangerous.

This trap that Jesus taught about is the trap of unauthentic discipleship. It is being a fan of Jesus but not a faithful follower of Jesus and not being able to see the difference between the two.

As I look back over my own life, there’s a period of eight years or so between my sophomore year of high school and my fourth year of pro-ball where I was stuck in this trap. I believed the Bible, I would pray, I would go to church or chapel, I would talk to other people about what I believed and encourage them to trust Jesus, but I was still doing things and living my life based primarily on what I wanted to do. I would do things that I knew Jesus would not approve of, but I would find ways to justify it or to make it feel like it wasn’t that big of a deal. But then God got my attention in the offseason of 2005 and opened up my eyes to see that I wasn’t what I thought I was this whole time. I wasn’t for real; I wasn’t a faithful follower.

You see, we can believe the stories about Jesus, read the Bible, pray to God and be actively involved in Christian service and yet still be what we are identifying here as an unauthentic disciple. We can be fans of Jesus but not faithful followers of Jesus.

You can know a particular sports team inside and out. You can follow them, be passionate and enthusiastic about them. You can wear a jersey, have season tickets and refer to the team as We, but that does not make you a member of that particular team. That just means that you’re a really good fan of the team. And that doesn’t work when it comes to following Jesus either. Being a really good fan of Jesus doesn’t make you a faithful follower of Jesus.

So how can we know for sure whether or not we are for real when it comes to our allegiance to Jesus? How can we make sure that we are faithful followers and not just good fans?

Well, since unauthentic discipleship is often hard to see in ourselves, we must go beneath the exterior aspects of our faith and examine the underlying foundation.

The Sermon on the Mount

In Matthew 7:12, Jesus sums up the kingdom way of life that he has been teaching about in the Sermon on the Mount with what we call the Golden Rule. Jesus teaches that authentic followers of Jesus are to love everyone around them by treating other people like they want to be treated. And so, all the radical demands of the kingdom way of life that Jesus lays out in Matthew 5-7 are culminated into this one main principle in 7:12.

From there, Jesus concludes his Sermon on the Mount in 7:13-27 with four short teachings that are all doing the same thing. All four are forcing us to make a decision concerning these radical demands. In his commentary on Matthew’s Gospel, R.T. France puts it this way:

“Together [these four short teachings] constitute a striking call for authenticity in the disciple’s response to the demands of Jesus. Each presents a contrast between the authentic and the unauthentic disciple, and this authenticity is found not in the disciple’s profession but in his performance. A professed adherence to Jesus and his teaching may be very impressive so as to deceive others, and even the professed disciple himself, but Jesus here gives warning that it will not deceive God, who looks for practical results. The teaching of the Sermon on the Mount is not meant to be admired but to be obeyed.”

This illustration is not a difficult one to understand, and we don’t need to over-spiritualize it. Here we have two different houses that look exactly the same on the outside. The exterior aspects of the house are the same. So what is the big thing that sets these two houses apart? What’s the key difference between them?

So what is the thing that you are building your life on? What is the underlying foundation of your life? What determines how you live and the decisions that you make? Is it your own desires, feelings, intelligence and the influence of other’s lives or the is it the desires of God and the life and teaching of Jesus?

What is the thing that you are trusting will enable you to stand confidently before Jesus when you finally see him face to face? What are you placing your hope of forgiveness and eternal life on? Is it in your beliefs and your pretty good behavior compared to other people or is it on the work of Jesus and your total allegiance to him as your Redeemer and King?

Jesus is warning us: Since unauthentic discipleship is often hard to see in ourselves, we must go beneath the exterior aspects of our faith and examine the underlying foundation.

Trusting Jesus as your Redeemer, swearing your allegiance to Jesus as your King and obeying everything that Jesus has taught us is like building your house on solid rock.

This mixture of trust, allegiance and obedience is the underlying foundation of a faithful follower of Jesus. And this is the only foundation that will withstand the pressures of this life and that Day where we will see Jesus face to face.