What Does God Want From You? 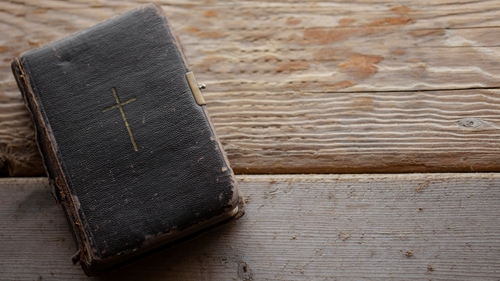 Who is God and what does he want or expect from me?

Perhaps there is no greater question to ask yourself and to spend your life trying to answer than the one presented above. Our view of what God is like and our assumptions about what he wants or expects from us will determine how we interact with him and whether or not we will fully devote ourselves to a relationship with him.

There’s a story in Matthew’s Gospel where Jesus challenges some of the most basic assumptions that people have about God and reveals to us what God is like and what he wants from us. Matthew demonstrates how the crowds that were following Jesus were astonished and amazed by his authority, but this was something that was difficult for the Jewish religious establishment to get on board with because to them it often seemed like Jesus was disregarding the authority of the Hebrew Bible and doing things that just didn’t line up with their view of God.

And so, in this particular story that we’re going to look at today, we see the religious leaders questioning what Jesus is doing, and we see Jesus challenging their assumptions about what God wants from us. Matthew is using this story to highlight a key aspect of Jesus’ life, teaching and mission:

God is bigger than the boxes that we try to put him in, and God wants something much more profound from us than just rule-keeping and doing religious things.

As Jesus was heading down the road, he saw a man named Matthew sitting at the tax booth, and he said to him, “Follow me.” And Matthew got up and followed Jesus. Later, Jesus reclined at table in the house, and behold, many tax collectors and sinners came and were reclining with Jesus and his disciples. So when the Pharisees saw this, they asked the disciples, “Why does your teacher eat with tax collectors and sinners?” But when he heard it, he said, “Those who are well have no need of a physician, only those who are sick. Go and learn what this means: ‘I desire mercy, and not sacrifice.’ For I came not to call the righteous, but sinners.”

So Jesus is interacting and embracing people that were considered immoral and socially unacceptable. And this is a big reason why the religious leaders of Jesus’ day had a hard time getting on board with him. Jesus was saying things and doing things that didn’t line up with their view of what God is like and what he wants from us. And so, as they question what Jesus is doing, Jesus very deliberately and lovingly challenges them by pointing out that their assumptions about what God wants from his people are off.

Jesus tells these Bible scholars to go back and learn a particular passage that is found in the book of Hosea. It’s a passage that they would have already known well, but Jesus is saying that they’ve missed the big point that was being made in that passage and throughout the entire Hebrew Bible. And it’s in this passage, that we too are given a portrait of God that might challenge some of our own assumptions about what he wants from us. Jesus tells these religious leaders and us today to go back and learn what God meant when he said:

“I desire mercy over sacrifices.”

Now, that word mercy is a good word, but it doesn’t do justice to the full meaning of the original Hebrew word that is used in that passage. The original Hebrew word used there is an extremely significant word that is used over 250 times in the Hebrew Bible. It is the word hesed which is sometimes translated as loving-kindness or loyal-love. It is a very difficult word to translate, but it’s this idea of this over-the-top kind of love in which you give someone everything even though they have no reason or right to expect anything from you.

Hesed is a Hebrew word that describes what God is like and what he wants from us. In the most famous description of God that is used over and over again throughout the Hebrew Bible, we are told that God is a God who is merciful and gracious and slow to anger and full of hesed. God is full of this loving-kindness.

So Jesus is telling these religious leaders and us today that we need to go back and make sure that we understand who God is and what it is that he really wants from us. He is a God who is merciful and gracious and slow to anger and full of this loving-kindness that led him to come into this world so that we could be forgiven of sin and given a new life. That is what leads Jesus to point out that this is the very thing that he is doing and demonstrating in his own life. He tells these religious leaders that he has not come to pat people on the back for their rule-keeping and religious performance; he has come to redeem and to put people’s lives back in order.

That is what God is like and that is what God wants from us. God is a God full of hesed, and he wants us to be his special agents of hesed in this world who go over-the-top in extending this loving-kindness to others.

Hesed is pursuing a conversation or a relationship with someone who would never expect you to give them the time of day. Hesed is doing random acts of kindness for people who have no reason to expect that from you. And hesed is participating in the mission to heal the world with the hope that is only found in following and reorganizing your entire life under the authority of Jesus.

Many of us have assumptions about what God is like and what he wants from us. But if you’re still struggling to get on board with Jesus then I challenge you to go back to the Scriptures and make sure that you actually understand who God is and what he really wants from us.

2021
January
Noah's Ark and God's RegretJesus' Triumph
February
Not AloneWhat Are You Building Your Life On?What Does God Want From You?
March
How to Love
April
Training Ground
June
Infinite Joy
August
Summer Camps
October
Connection vs TaskThe Transition Into the Offseason is a Great Opportunity for Transformation and Change
December
Let's Read the Bible Together in 2022
2020
February
A Place of Refuge
March
An (Unexpected) Invitation to Rest
April
Be Anxious for NothingEaster: A New Beginning
May
The Voice of the Shepherd
June
There's Too Much Noise Right Now
December
2021 Bible Reading Plan